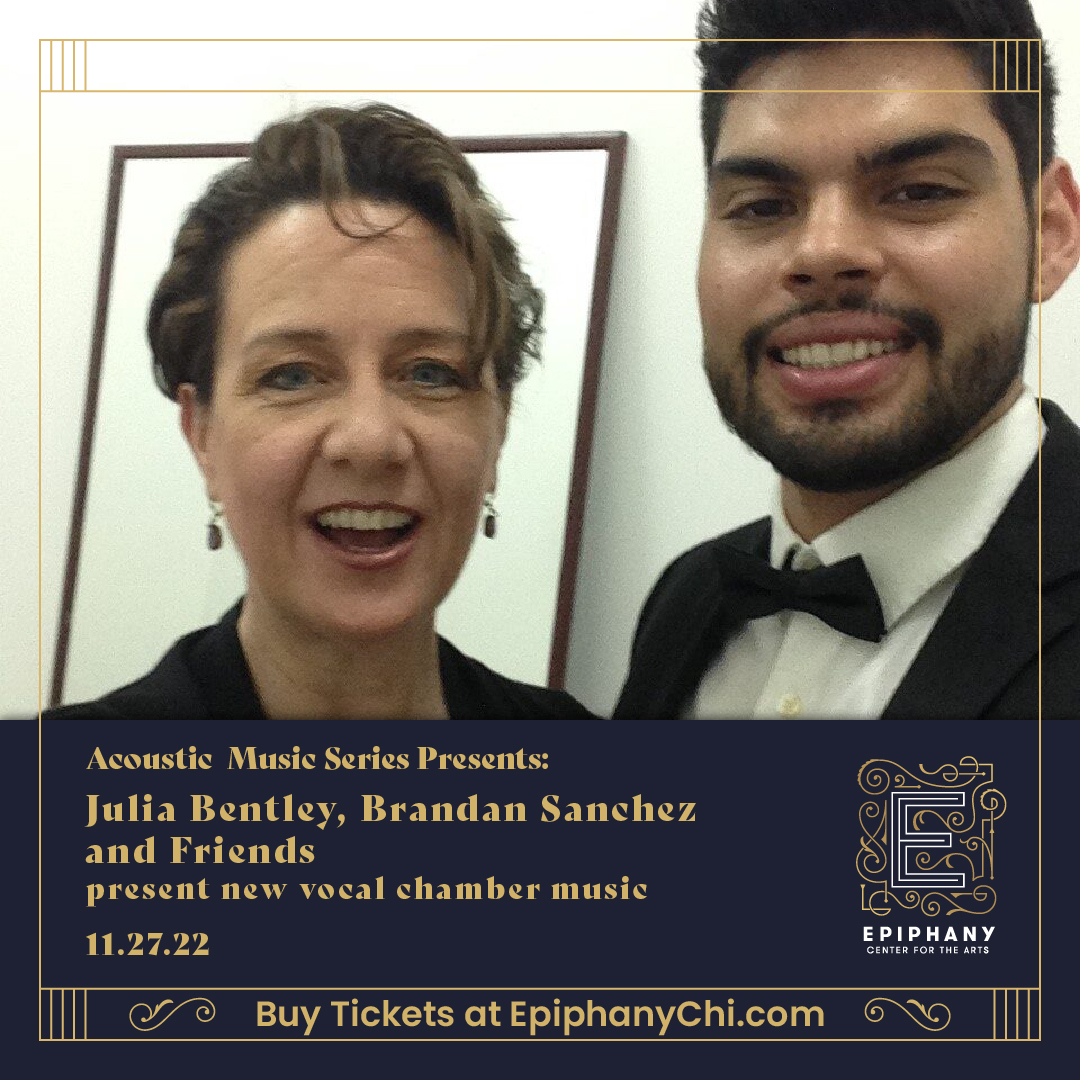 Julia Bentley and Brandan Sanchez met as teacher and student at the Jacobs School of Music in Bloomington Indiana; Julia’s degrees from that school preceded her thirty years of performance for Chicago’s vibrant music presenters, including the Lyric Opera, the Chicago Symphony Orchestra, the Civic Orchestra, MusicNOW at Symphony Center, Music of the Baroque, the inaugural Ear Taxi Festival, and tours and Grammy-nominated recordings with the cabaret ensemble The New Budapest Orpheum Society. Brandan has just arrived in this beautiful city, and offers the live world premiere of composer Matt Recio’s Come Home in this performance at the Epiphany Center for the Arts. He has performed lead roles in Bernstein’s Mass, Puccini’s Gianni Schicchi and La Bohème, has appeared with the Cedar Rapids Opera and will debut this season with the Nashville Opera. He was awarded a Mu Phi Epsilon grant for his advocacy for song repertoire in Spanish, and is featured in the Decameron Opera Coalition’s upcoming Virtual Premiere of new chamber music for voice.

To register for this event please visit the following URL: https://epiphanychi.com/events/acoustic-music-series-julia-bentley-brandan-sanchez/ →

Epiphany Center for the Arts: The Sanctuary: 201 S Ashland