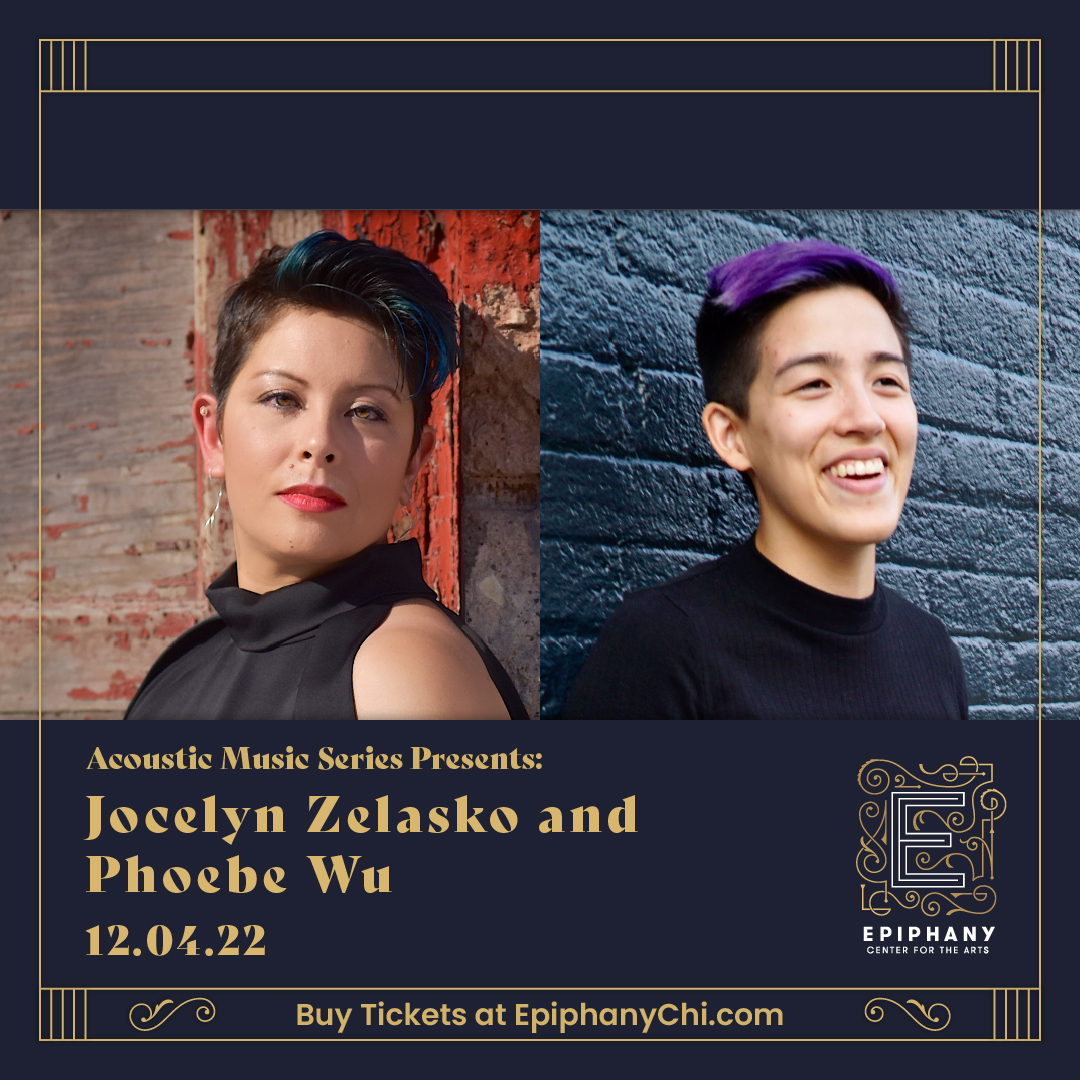 Since meeting at Eighth Blackbird’s inaugural Blackbird Creative Lab in 2017, Jocelyn Zelasko (voice) and Phoebe Wu (piano) have performed many engaging and thought-provoking concerts together, with a recent focus on the music of George Crumb. The duo will present two works by George Crumb: the song cycle Apparition with text from Walt Whitman’s ‘When Lilacs Last in the Dooryard Bloom’d’; and A Little Suite for Christmas, A.D. 1979 for solo piano, inspired by the Nativity frescoes in the Arena Chapel in Padua, Italy. They will be joined by guest artist Michael Whalen (percussion) to perform Fjóla Evans’ Desiccated for piano and percussion. Fjóla Evans is a Canadian/Icelandic composer and cellist whose work explores the visceral physicality of sound while drawing inspiration from patterns of natural phenomena. Inspired by the patterns of cracks in drying mud, Desiccated builds a world from withered attacks and husky buzzings. Vibraphonist Michael Whalen joins the duo for the Illinois premiere of this work.

Recognized for her “vocal brilliance” (City Pleasures) and “absolutely thrilling” voice (Around the Town Chicago), Metro-Detroit based soprano, Jocelyn Zelasko, is a versatile musician who is celebrated as an insightful performer with a captivating stage presence. She has “shaken the halls with sublime ecstatic vocals” (I Care if You Listen) performing chamber music, opera, and art song in festivals and concerts throughout Europe, the Caribbean, and North America. Zelasko is the vocalist for Detroit’s premiere ensemble, New Music Detroit (NMD), and a founding member of contemporary performance collective Juxtatonal (JUX). As an advocate for the creation of new works, she has commissioned 18 composers including Angélica Negrón, Marcus Elliot, Vid Smooke, Michelle McQuade Dewhirst, and Jorge Sosa performing world premieres with NMD, JUX, and Eastman Broadband Ensemble. She also frequently collaborates with Grammy award-winning ensemble Eighth Blackbird, Picosa, Detroit Chamber Winds and Strings, My Brightest Diamond, and Vicky Chow.

To register for this event please visit the following URL: https://epiphanychi.com/events/acoustic-music-series-jocelyn-zelasko-and-phoebe-wu/ →

Epiphany Center for the Arts: The Sanctuary: 201 S Ashland